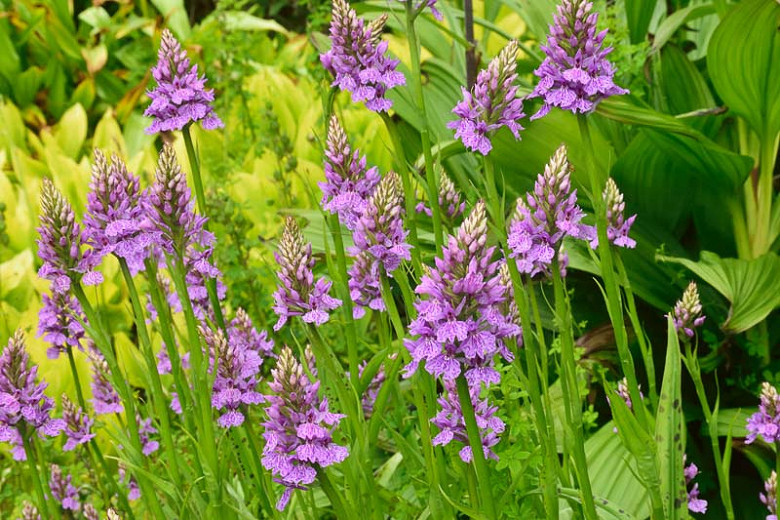 Because of their spectacular colorful inflorescences and their relative ease of cultivation, Marsh Orchids are the most widely grown European orchids. Usually found growing in marshes, grasslands or woodlands, they are a wonderful source of bright color for partly shaded woodlands, rock gardens or meadows.

Marsh Orchids are very cold-hardy and do not require any special protection in winter. They can be grown outside in zones 5 through 8, depending on species.

Marsh Orchids prefer semi-shaded sites and thrive in moist, humus-rich, well-drained soils. Some species do well in sunny site as long as the soil is always kept moist.

Marsh Orchids arise from finger-like tubers, which grow for a year until they are replaced by new tubers sprouting from their tip. Although the tubers resent disturbance, they may be divided in early spring.

Marsh Orchids have no serious pest or disease issues. If necessary, protect the tender new shoots against slugs, during their emergence in spring.

Marsh Orchids Marsh Orchids should never be collected in the wild, but only purchased from authorized dealers which can certify culture from seeds. 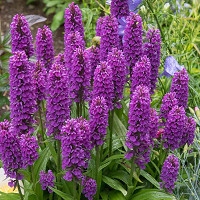 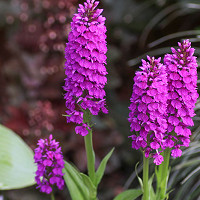 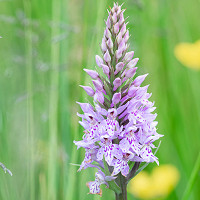 New shoots typically appear in mid spring, forming a lush bouquet of lance-shaped, cauline leaves. The flowers usually appear in late spring and early summer. The foliage remains fresh-looking during the entire growing season before fading and disappearing in the fall. Dactylorhiza then enters a period of winter dormancy. Dactylorhiza will naturalize and multiply in ideal growing conditions. A well established clump of these in flower is quite beautiful and rewarding. 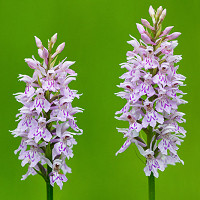 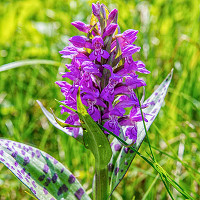 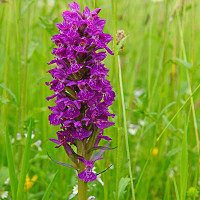 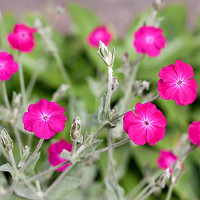 Very attractive with its erect, white-gray flowering stalks covered with a profusion of glowing... 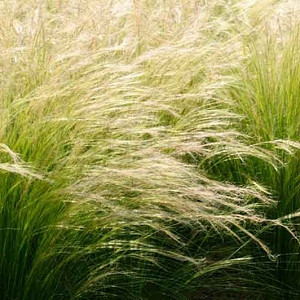 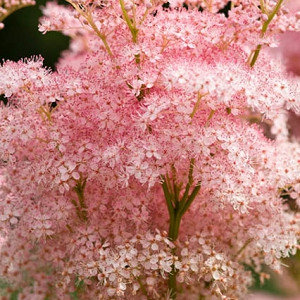 Tall and spectacular, award-winning Queen of the Prairie 'Venusta' (Filipendula Rubra) is a... 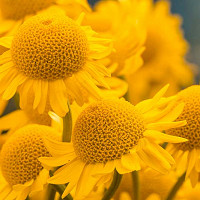 Eye-catching, Anthemis tinctoria is a vigorous perennial that will light up your garden throughout... 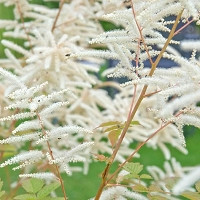 Immensely popular, Astilbes are fabulous plants for shady, moist conditions. Admired for their... 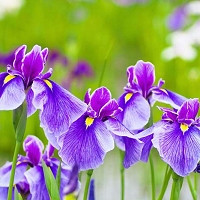 Native to Japan, Japanese Irises (Iris ensata) are among the most elegant and breathtaking Irises....

A Pretty Summer Border with Roses, Foxgloves and Poppies

Adding a soft punch of color and fruity fragrance to the...

A Pastel Border Idea with Astilbes, Hemerocallis and Geranium

This soft plant palette of pastel colors can be enjoyed...

A Cheerful Border Idea with Monarda, Achillea and Digitalis

Attractive to butterflies, hummingbirds, and low...

A White Border Idea for Your Spring Garden