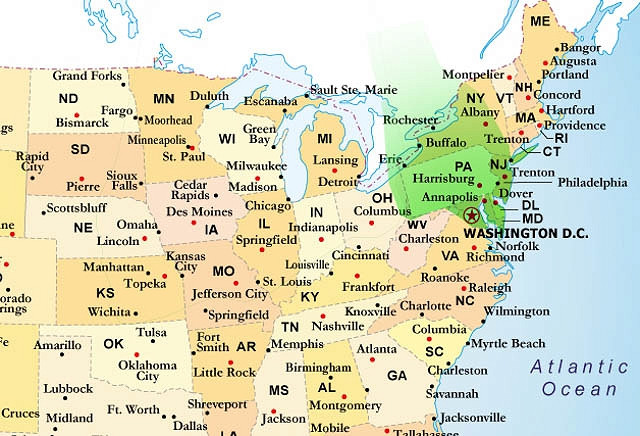 The Mid-Atlantic region typically includes the states of Delaware, District of Columbia, Maryland, New Jersey, New York and Pennsylvania. From a climate standpoint, in relation to gardening, the Mid-Atlantic region has been extended by the National Gardening Association to include southern Ontario of Canada.

According to this map of the Mid-Atlantic states, the region lies in USDA Plant Hardiness Zones 5 through 7 and in AHS Heat Zones 3 through 6. Stretching over a long expanse of territory, the Mid-Atlantic states are home to a wide range of weather and climate. The Atlantic Ocean along the coast or the Great Lakes in northern New York and Pennsylvania moderate temperatures. The diverse topography of the area, from the mountains of Maryland to the beaches of Delaware, also contributes to diverse weather patterns, including sea breezes, mountain-induced downslope warming patterns, mountain snows, and valley and river fogs. However, generally speaking, this region enjoys 4 distinct seasons characterized by mild springs, hot and humid summers along the coast, but cooler in the mountains, mild falls, and chilly winters with some snow.

While the climate of this region provides enough natural moisture, sunlight and summer warmth to successfully grow a wide variety of plants, there are still a few challenges for gardeners such as harsh winter temperatures, late spring frosts or unexpected early fall cold snaps, long dry spells or torrential rains. Selecting plants suited to the diverse Mid-Atlantic climate will be a key step to success. 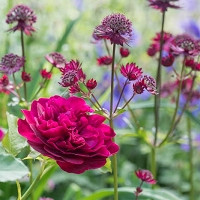 Wondering which English rose cultivars have proven reliably hardy and entirely worth growing in Mid-Atlantic gardens? 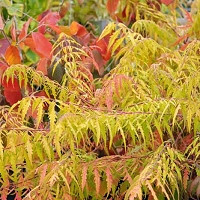 Hardy shrubs are important elements in Mid-Atlantic gardens. They add depth and character to any garden and not only provide lovely blooms, but also attractive berries, showy fall color, and food for the birds. 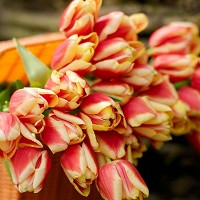 In your area, you may be able to grow many of the tropical and other marginally hardy plants by planting in warmer 'micro-climates' protected from exposure to wind and extreme cold. 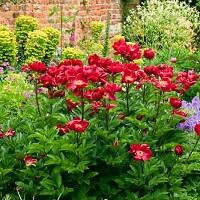 Perennial flowers are fabulous additions to our gardens. When carefully selected, waves after waves of colorful blooms will be enjoyed in your Mid-Atlantic garden from spring to fall. Reliable plants, they come back stronger and bigger when winter turns to spring, ready to start another spectacular show. 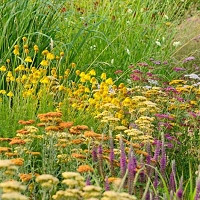 Selecting the right perennial plant that will thrive in such inhospitable locations might be challenging for Mid-Atlantic gardeners. If you are looking for beautiful, low-maintenance and hardy perennial plants that will sail through the challenges of the seasons in the Mid-Atlantic region, you may want to consider these top performing perennial varieties.

In your area, you may be able to grow many of the tropical...

Hardy and exquisite-looking trees are important elements in...

Great Shrubs for Shady Gardens in the Mid-Atlantic Region

Shade gardens can appear like a planting challenge for some...

Beautiful Hydrangeas for the Mid-Atlantic Region