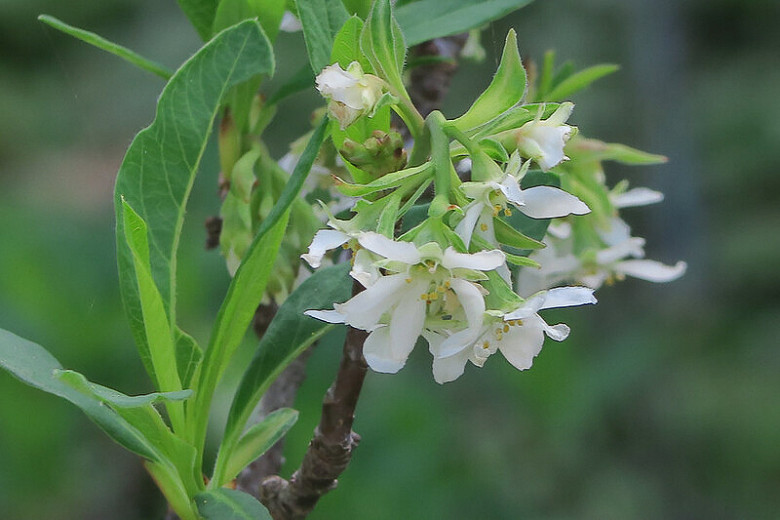 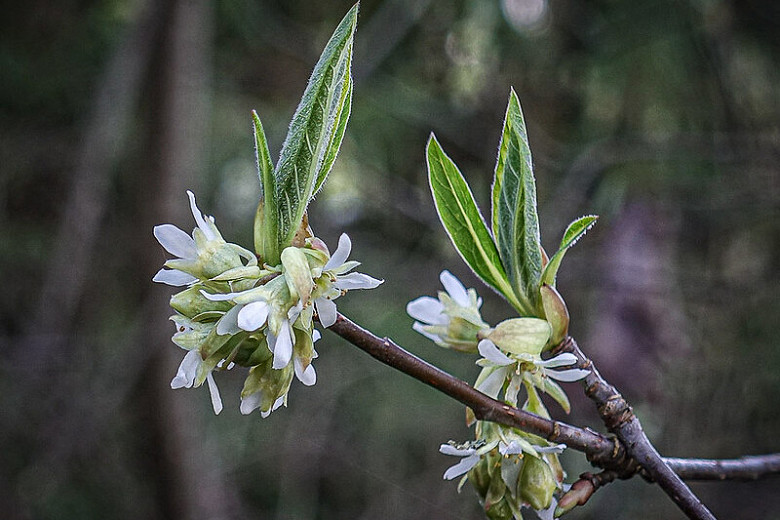 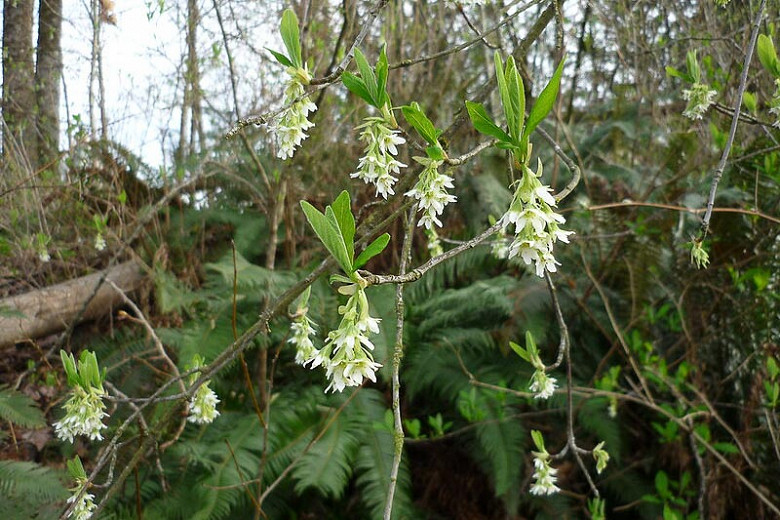 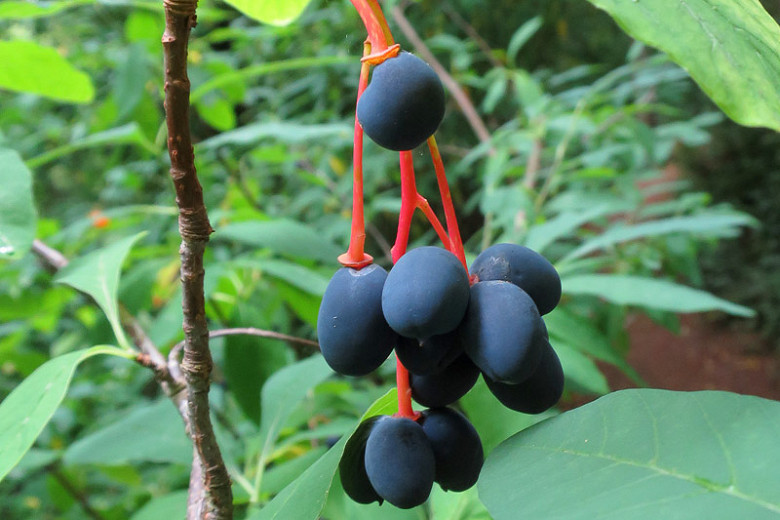 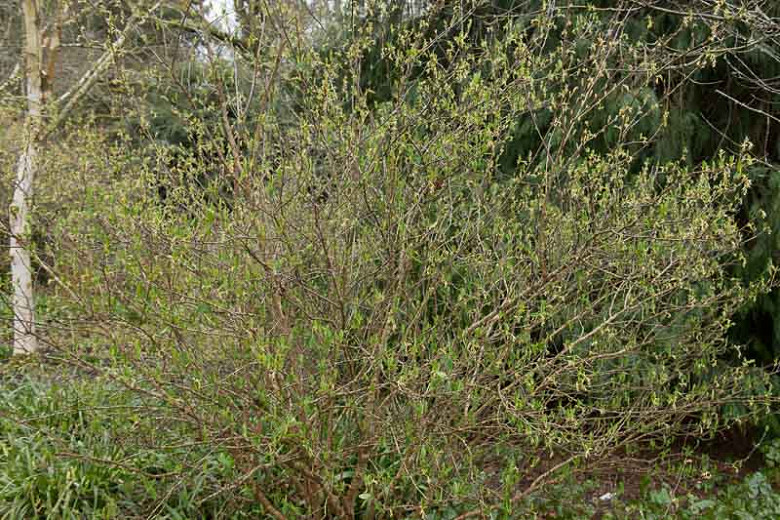 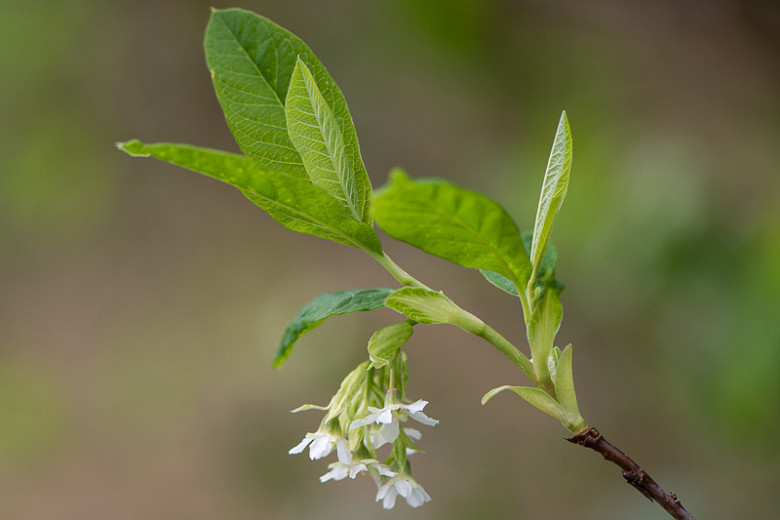 A lovely harbinger of spring, Oemleria cerasiformis (Indian Plum) is a large, suckering, deciduous shrub or small tree noted for its early flowers, purple berries, and excellent fall color. From late winter to early spring, its long, slender, upright to arching branches are studded with almond-scented, greenish-white flowers which appear in loose hanging clusters of 10 to 20 flowers each. Blooming before or as the leaves unfurl, the blossoms provide a nectar source to hummingbirds, butterflies, bees, and other pollinators. Indian Plum is dioecious, with male and female flowers on separate plants. The female flowers are followed by olive-sized berries which start out tan to pale orange, transition through pink to reddish purple, then ripen bluish black in early summer. They are attractive to birds and small mammals. Bears also eat the fruit as suggested by the common name of Oso Berry (Oso means bear in Spanish). Indian Plum fruit is edible for humans but is often bitter, even when fully ripe. Female plants will not produce berries unless there is a nearby male pollinator. The foliage of lance-shaped leaves, 5 in. long (12 cm), is dark green on top, gray-green, and slightly fuzzy beneath. It turns golden-yellow in late summer to early fall. The leaves are aromatic, emitting a fresh cucumber scent when crushed. Native to the Pacific coast and ranges of North America, from British Columbia, Canada to California, Indian Plum is found in moist and relatively dry forested areas, stream banks, slopes, hillsides, rocky canyons, coastal scrub, and along roads. Indian Plum is a nice addition to a shrub border or woodland garden. It is also popular for Pacific Northwest restoration projects due to its ease of propagation, rapid growth, and wide tolerances for various shade and moisture regimes. 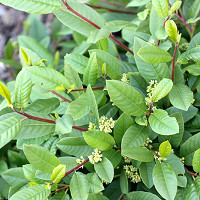 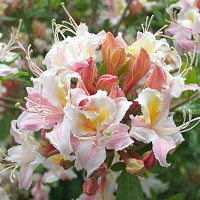 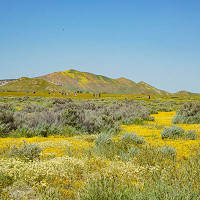 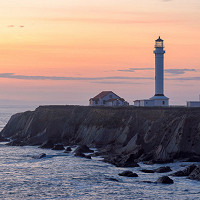 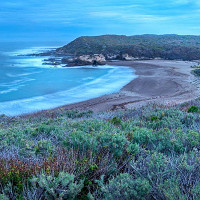 A Much Admired Spring Idea with Allium and Laburnum

Wow! Such a breathtaking plant combination to cheer you up...

How many Oemleria cerasiformis (Indian Plum) do I need for my garden?