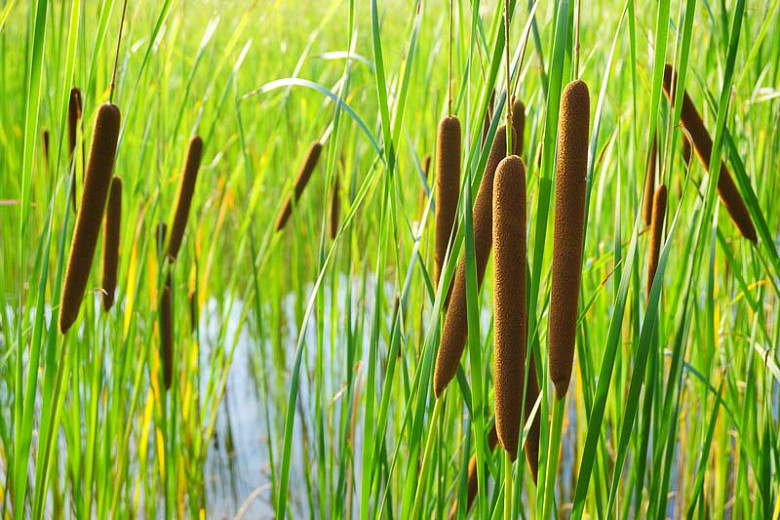 Typha latifolia (Broadleaf Cattail) is a vigorous, marginal aquatic perennial forming a dense clump of stout, cylindrical, and unbranched stems up to 7 ft. long (210 cm). The narrow, upright, linear, light green leaves turn golden brown in the fall. In spring to early summer, the plant bears cylindrical inflorescences composed of tiny male, staminate flowers in the upper portion and female, pistillate flowers below. Over 1000 flowers may be produced on one plant. The male flowers are golden yellow at the time they shed their pollen, then they disintegrate, leaving a naked stalk tip. The densely packed female spike turns from green to rich brown as the seeds mature. The fertilized flowers produce single-seeded, nutlike achenes with long, slender hairs that allow for wind and water transport of the seeds. The fruiting spikes usually persist to early winter before disintegrating. They are widely popular for cut flower arrangements. Broadleaf Cattail has tough, stout, coarse, and extensive rhizomes. It spreads to form dense colonies in shallow water, where it provides a favorable habitat for red-winged blackbirds, as well as other marsh birds, and muskrats. Nutria, muskrats, and beavers enjoy the shoots and roots, while teal ducks or finches eat the seeds. Native to marshes, swamps, and wetlands in North America, Europe, and Asia, Broadleaf Cattail can be used as an accent plant or for a thick privacy screen. It can grow in a pond, water garden, bog garden, or in a container that does not drain. Broadleaf Cattail is aggressive and should not be introduced without thought as to how to control it. Site plants carefully because the roots go deep and are hard to eradicate once established. 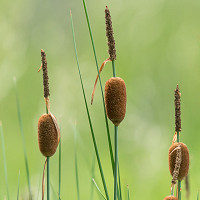 The smallest of the cattails, Typha minima (Dwarf... 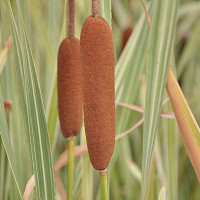 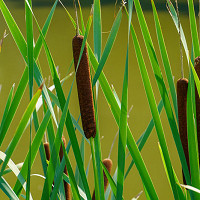 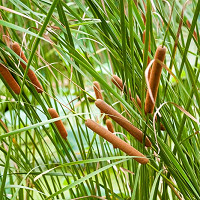 Typha angustifolia (Narrow-Leaved Cattail) is a... 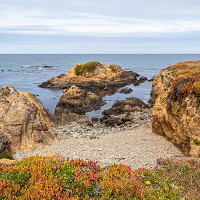 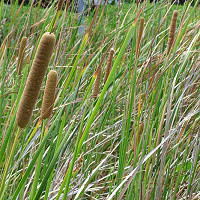 Here is a list of native grasses that are... 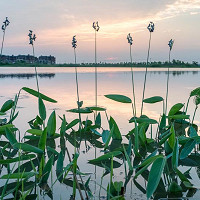 Ajuga reptans or Bugleweed has been selected here by Arthur...

A pastel palette for weeks of color!

An enchanting sight to behold!

A Striking Summer Border with Tiger Lilies and Lobelia

Fairly easy to replicate and requiring low care, this...

A White Border Idea for Your Spring Garden

How many Typha latifolia (Broadleaf Cattail) do I need for my garden?