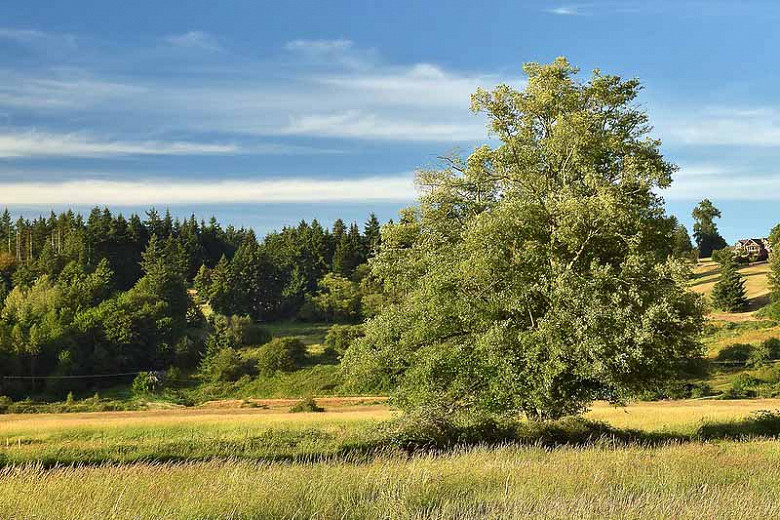 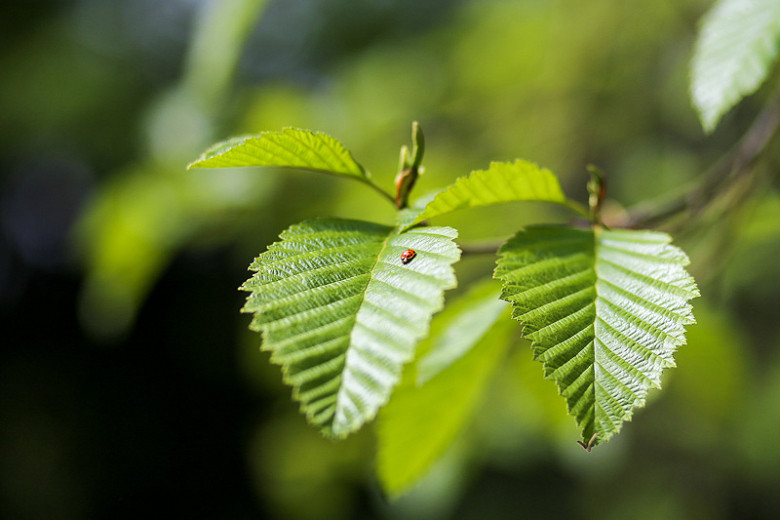 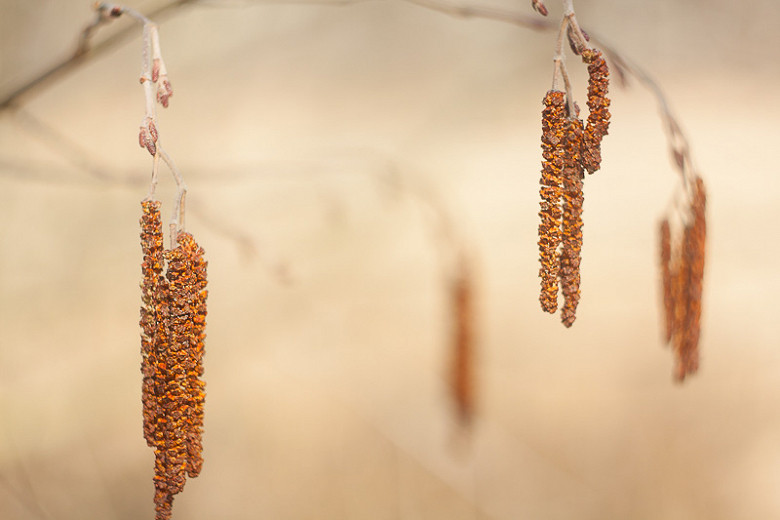 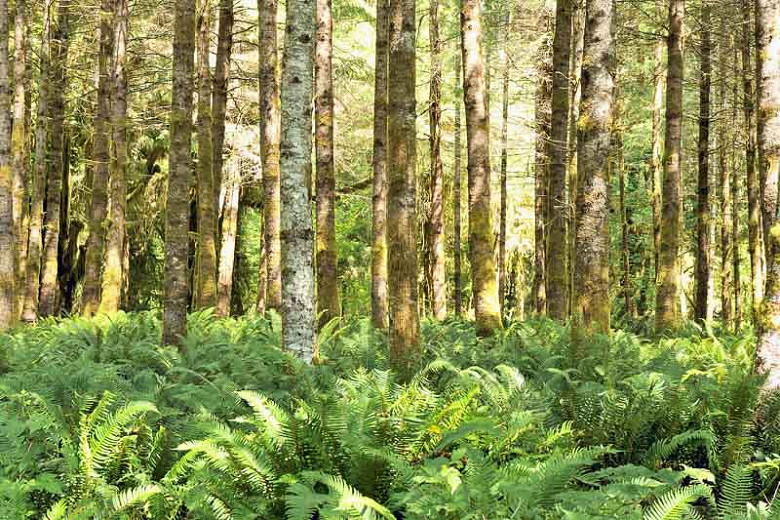 Fast-growing, Alnus rubra (Red Alder) is a medium-sized deciduous tree of graceful habit with a straight trunk and a pointed or rounded crown with rather pendulous branches. The thin bark is smooth, mottled, light gray to whitish, and often covered with green moss. The wood, when bruised, turns a rusty red color, which is how the tree gets its name. The foliage of ovate, dark green leaves is rust-colored and hairy beneath, with coarsely toothed margins that are rolled under. In early to mid-spring, long, pendant, chartreuse-brown male catkins, 5 in. long (12 cm), dangle like Christmas decorations near the bare branch tips. The catkins release clouds of pollen that attract bees and other insects. Inconspicuous female flowers in the form of erect catkins turn woody and conelike at maturity. They are followed by small, barrel-shaped, dark brown, fruiting cones containing winged seeds (nutlets). Resembling miniature pine cones, they persist on the twigs into winter for a unique and lovely display - to the delight of birds. Native to the Pacific Coast region from southeast Alaska to southern California, Red Alder is also found growing along streams in northern Idaho. Red Alder is the largest American Alder. It grows in climates varying from humid to super-humid with rainy winters and generally cool and dry summers. Red Alder is useful for erosion control on steep slopes where the soil has been disturbed. Its roots contain nitrogen-fixing nodules that can increase the nitrogen in the soil where it is planted. This makes it a very useful conservation tool by increasing the amount of nitrogen available in forest ecosystems or degraded areas. Red Alder is a reliable species for coastal gardens and tolerates brackish water. An intermediate source of food for wildlife, Alders support 255 species of caterpillars as well as many sawfly larvae. This allows a grove of Alder to provide food and shelter for wintering birds, breeding birds, and migrant birds. 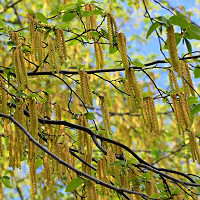 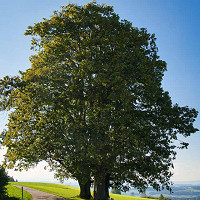 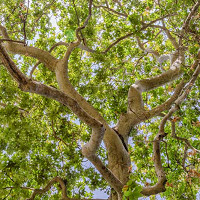 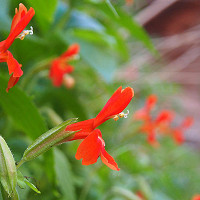 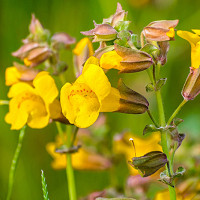 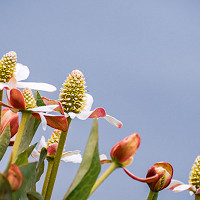 Anemopsis californica (Yerba Mansa) is a... 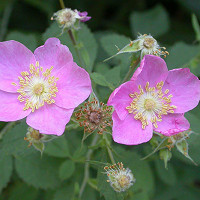 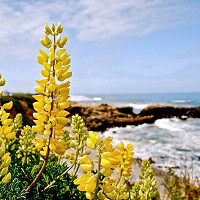 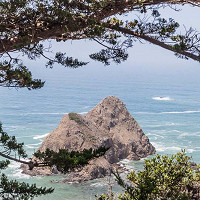 Here is a list of California native trees that...

Roses are healthier when provided with companion plants to...

An Easy Summer Planting Idea with Sage and Ornamental Grasses

Great for small gardens, borders, containers or in a vase!

Two breathtaking beauties for a duo that is easy to...

How many Alnus rubra (Red Alder) do I need for my garden?