Clematis 'Carnaby' is a compact, deciduous climber which produces a profusion of striking, raspberry-pink flowers, 6-8 in. across (15-20 cm), adorned with 6 to 8 slightly recurved tepals, each carrying an intense pink central stripe. Their crimped margins may fade to pale pink or white, adding to the charm of this clematis. They open as flat saucers and surround a central tuft of white filaments and dark red anthers. Flowering comes in two waves: first in late spring to early summer, then in late summer to early fall. Hardy, moderately vigorous, this large-flowered clematis is well-suited to small gardens and growing in containers.

As climbers, Clematis are unsurpassed in their long flowering presence, their rich diversity of flower shapes, and their wide array of colors and tolerances in terms of exposure and climate. It is no wonder they are so popular! From tree huggers to container varieties, there is a Clematis for every garden and flowers for almost every month of the year! Members of the Ranunculaceae family, they include more than 300 species and hundreds of hybrids. They create year after year a ravishing colorful show in the garden whether solely trained on walls, arbors, or trellises, or grown in association with other climbers. They are divided into 3 groups which determine how they should be pruned. Regular pruning of Clematis is important as it promotes strong growth and flowering as well as a harmonious plant. If left unpruned, Clematis can turn into a mass of tangled stems with a bare base and flowers well above eye level. 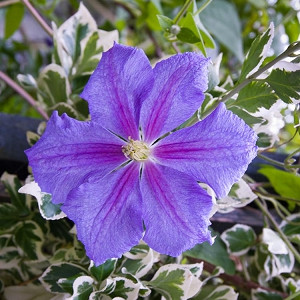 Clematis 'Perle d'Azur' is one of the best blue... 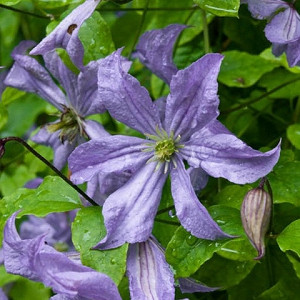 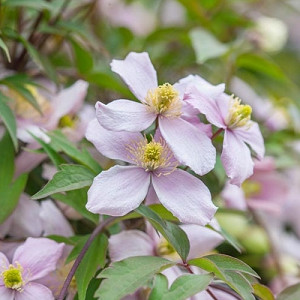 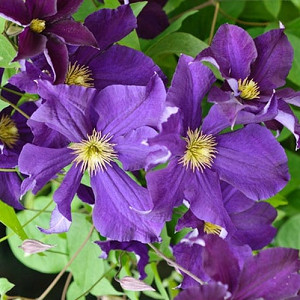 Hardy and fast-growing, Clematis 'Viola' is a... 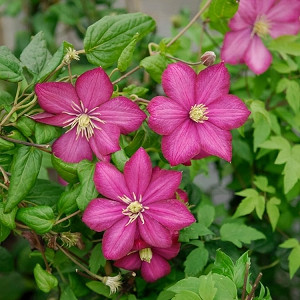 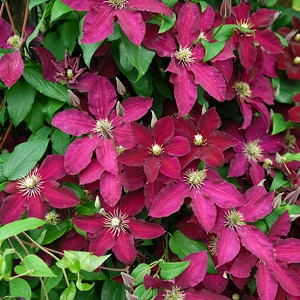 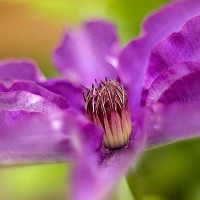 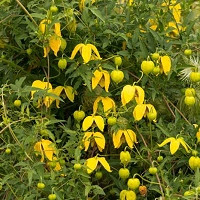 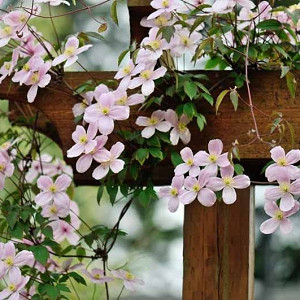 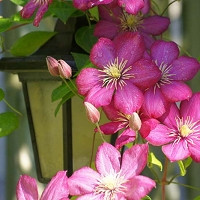 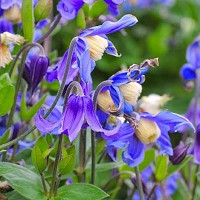 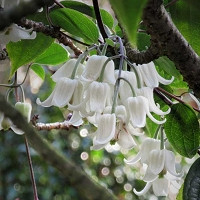 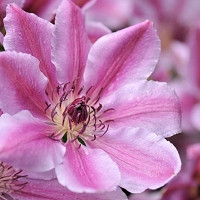 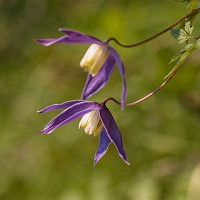 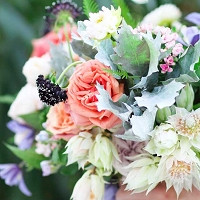 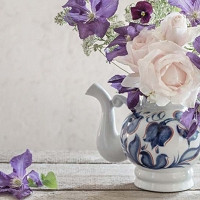 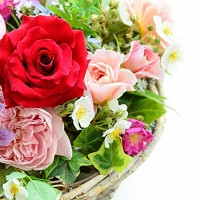 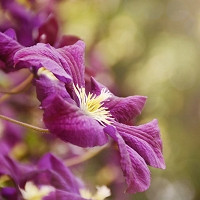 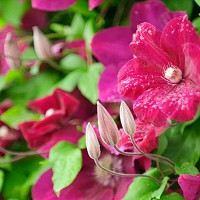 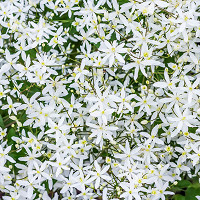 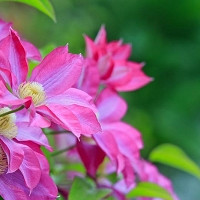 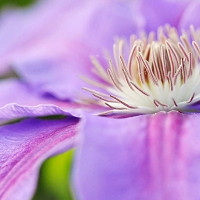 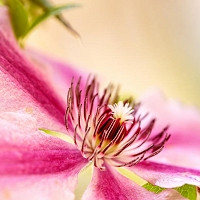 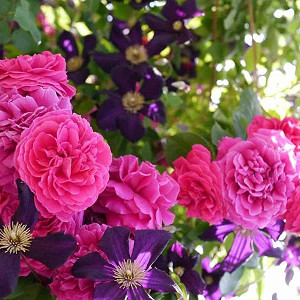 Before starting to combine roses and clematis,... 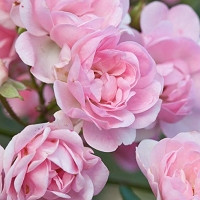 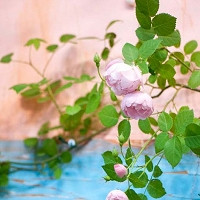 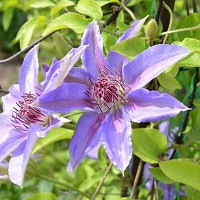 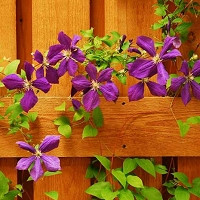 Their scent will hang beautifully in the air!

How many Clematis 'Carnaby' (Early Large-Flowered Clematis) do I need for my garden?